What does one carry on a pilgrimage across Europe? 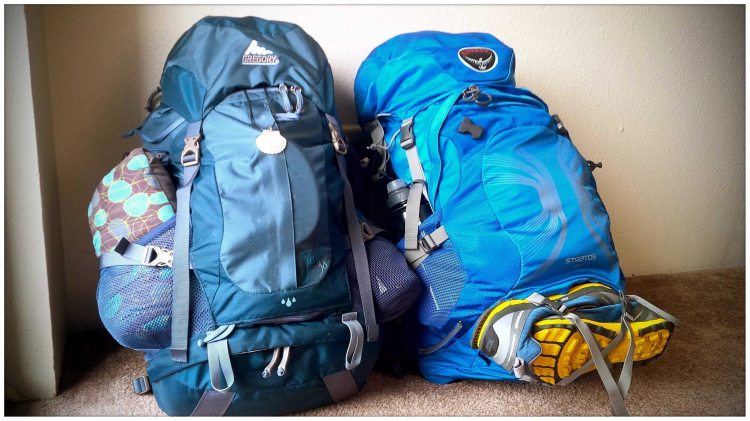 According to a scale of questionable accuracy in Aubrac, my pack, with water, weighed about 10 kilograms, or 22 pounds. That’s way more than what most ultralight backpackers would recommend, but it was never so much that I couldn’t carry it. My luxuries were small and carefully considered.

I started researching and collecting things for the trip at least 6 months before we left, and discovered that minimal living can get expensive fast. I relied on thrift stores and Amazon clearance sales as much as REI, and there were definitely compromises made when it came to cost vs. weight. For instance, I lusted after the 13-ounce Sea to Summit Traveler bag, but the 2-pound REI Travel Sack was $140 less. Was a pound really worth $140? I decided not.

Here’s what I ended up bringing:

Eric’s packing list was similar to mine, except without all of the luxuries. That man has figured minimalism out: two pair of pants (that easily rolled up when the weather warmed), 3 T-shirts, 1 sweater, 1 rain jacket, some socks and underwear. One Buff scarf. Sunglasses. Minimal walking shoes that horrified the French, who were convinced he couldn’t go so far without better footwear. Minimal sandals. A bar of soap and a toothbrush. One book. I think that’s it.

He carried most of our food, and some of our shared supplies:

I may be missing something. If you have questions, or your own recommendations, please share in the Comments!