About a week after leaving Le Puy, it starts to feel almost routine. You follow the red and white stripes of the Chemin de Saint Jacques (the Way of Saint James) along shaded paths, crumbling castles towering above. 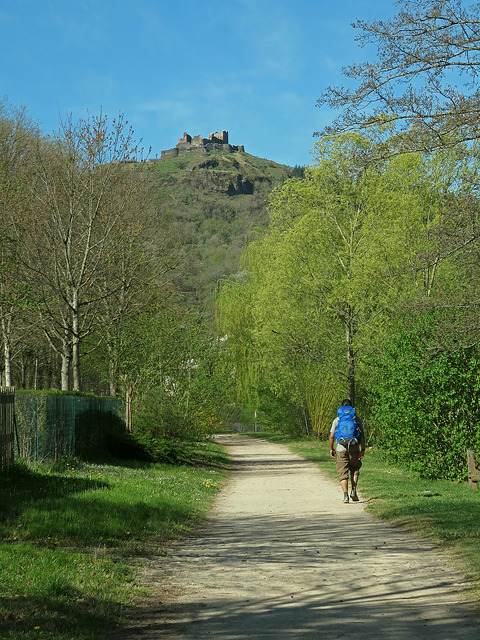 You enter a village, another one of France’s most beautiful. In this case, you’ve come to Espalion.

You walk along the river and admire the 14th century bridge and the 16th century castle. 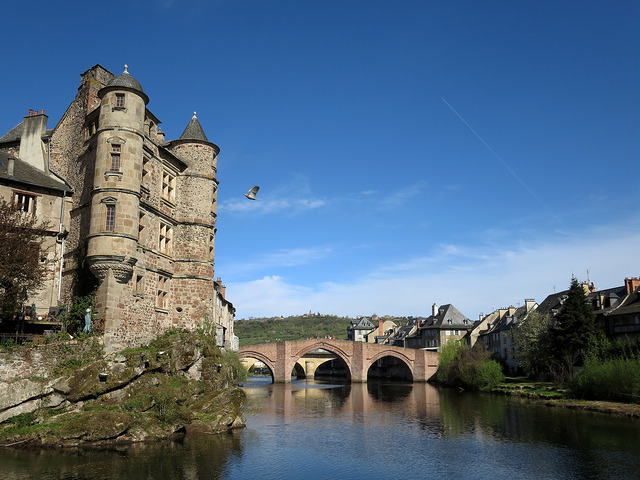 But then something else catches your eye. Is that… a scuba diver standing next to the fisherman?

Sure enough, right there on the Lot River, in a town that could happily rest on its stunning history, is a bronze man straight out of 20,000 Leagues Under the Sea.

It turns out that two of the early diving suit pioneers, Benoit Rouquayrol and Auguste Denayrouze, were from Espalion. In fact, they developed their early prototypes of self-contained underwater breathing apparatus as a way to rescue trapped coal miners in nearby Decazeville.

Just another small surprise along the Via Podiensis, where it only seems like time stands still.

In fact, here’s a recent promotional video for Espalion, highlighting everything from its castles to its spinning classes:

One thought on “Scuba Diving the Lot River?”